Institut Marquès is an international reference centre in Assisted Reproduction headquartered in Barcelona with a regional presence in Ireland (Dublin and Clane) and Italy (Rome and Milan). Leaders in innovation and with an excellence-based medical care, Institut Marquès treats patients from more than 50 countries.

Specialising in special hardship cases of patients with fertility issues (those who have previously undergone several cycles without success), the centre offers a broad portfolio of treatments and services and the best success rates, reaching 91% per cycle in In-Vitro-Fertilisation treatments with donor egg.

With more than 95 years of history, the fourth generation of gynaecologists of the Marquès family is now part of the clinic’s team. The centre has the added value of being a reference in both the study of male infertility and in Preimplantation Genetic Testing (PGT).
Institut Marquès has also its own anonymous sperm and egg bank and a broad embryo adoption programme. Those patients wanting to use identifiable/known donors for their treatment can undergo treatment with at their Irish clinic in Clane.

The mobile phone: a commitment to transparency

At Institut Marquès they keep on devising the most advanced and amazing technology for reproductive medicine in order to achieve the dream of having a baby. Therefore, it has developed the Embryomobile, a pioneer application that allows parents to follow up online and in real time the evolution of their embryos during the days they are developing in the Embryoscope. This is an example of transparency and quality that patients greatly appreciate. Thanks to Embryomobile, parents-to-be can “access” the In-Vitro-Fertilization laboratory and watch their embryos live from home or anywhere else. Patients using Embryomobile have achieved better pregnancy rates, demonstrating the positive impact of emotions on the outcome of assisted reproduction treatments.

The Forest of Embryos

The involvement of Institut Marquès in relation to environmental toxins goes even further: The centre has launched a Corporate Social Responsibility project that responds to its commitment to the defense of the environment. In order to leave a better world for all babies born thanks to its fertility treatments, Institut Marquès is reforesting one of the areas most affected by pollution on the Mediterranean coast, located in Tarragona. More than 1,500 trees have already been planted. Trees are identified with the name of each boy or girl and their date of birth, forming the so-called “Forest of Embryos”.

Moreover, Institut Marquès is developing an important line of research about the effects of music at the beginning of life. In all its laboratories, the embryos are exposed 24/7 to musical micro-vibrations in the incubators, because it turned out that music increased the rate of in-vitro-fertilisation by 5%.

Other studies by Institut Marquès on the area of fetal stimulation through intravaginal music were awarded at Harvard University with the Ig Nobel Prize for Medicine, the first awarded in the category of Obstetrics in the 27-year history of the award. These studies are a pioneer research on fetal hearing worldwide. To carry them out they used the Babypod, a special device that can emit music or voice from the interior of the vagina.

Institut Marquès was pioneer in the world launching this initiative in 2004: Embryos that are not transferred remain under the custody of the clinic when the parents do not want to decide on their destination. Therefore, this centre of Barcelona decided to offer them in adoption to its patients. In accordance with the Spanish law, the embryos available under this program come from healthy parents, under the age of 35, who have successfully undergone an IVF treatment and who no longer want to have more children. 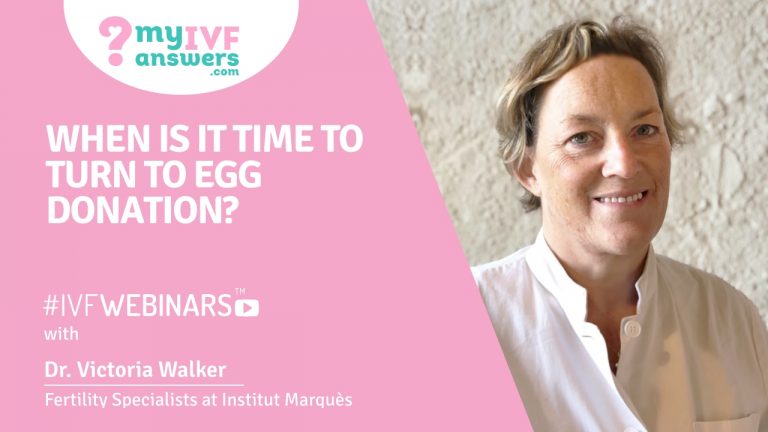 When is it time to turn to egg donation 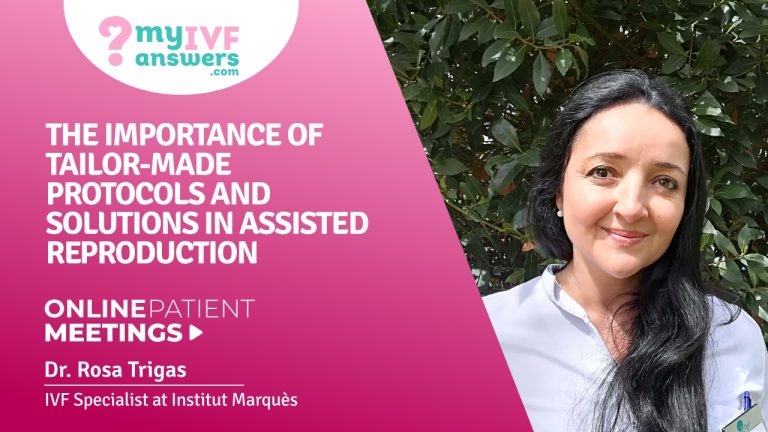 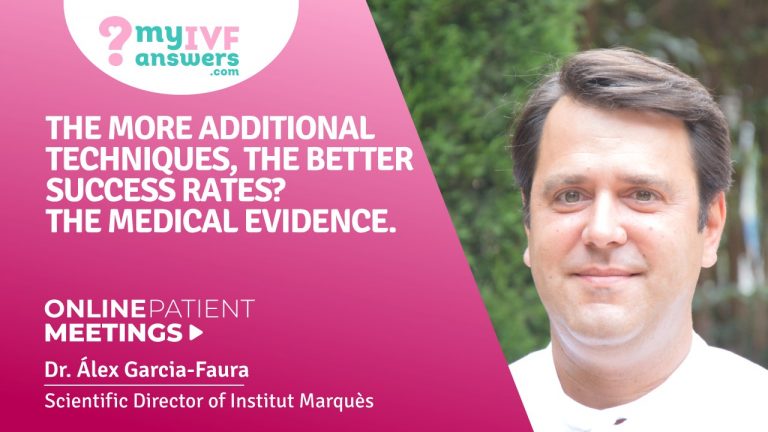 The form has been restored from your last edit. If wish to start over, please click the button

We have just forwarded you message.

Thank you %NAME% for contacting us.

We have received your enquiry.

We forwarded your message to the clinic / organisation you wanted to contact.

We've sent a copy of your submission to your email address.

If you are not able to find the message, please check the SPAM folder.

We faced problems while connecting to the server or receiving data from the server. Please wait for a few seconds and try again.

If the problem persists, then check your internet connectivity. If all other sites open fine, then please contact the administrator of this website with the following information.

Some error has occured.