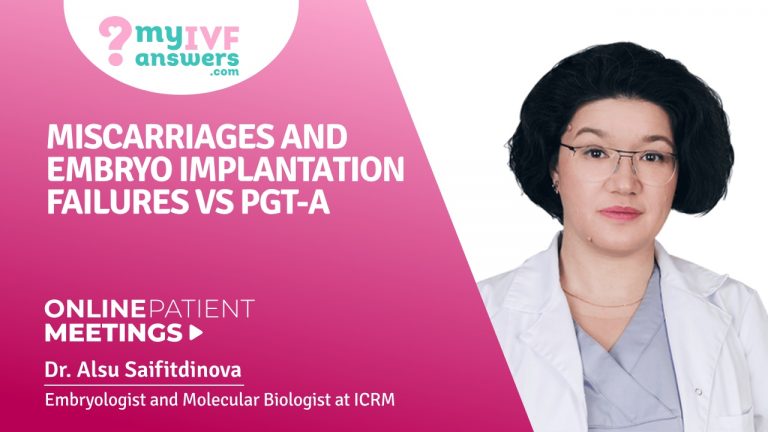 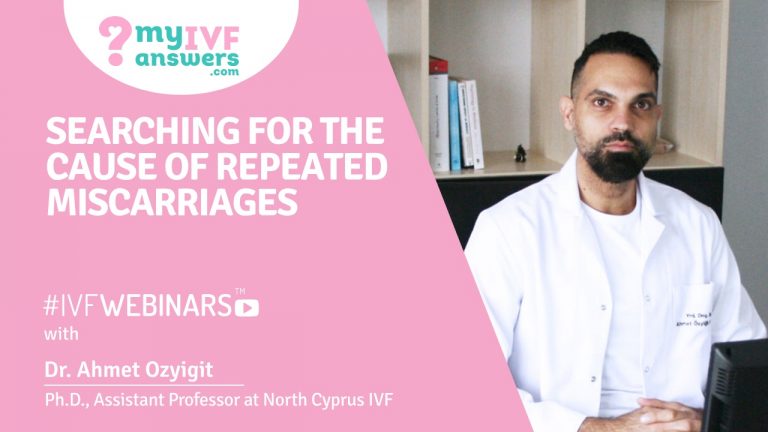 Searching for the cause of repeated miscarriages 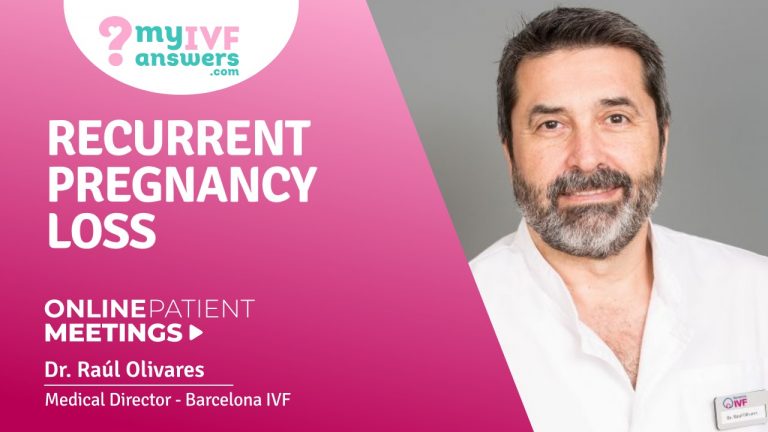 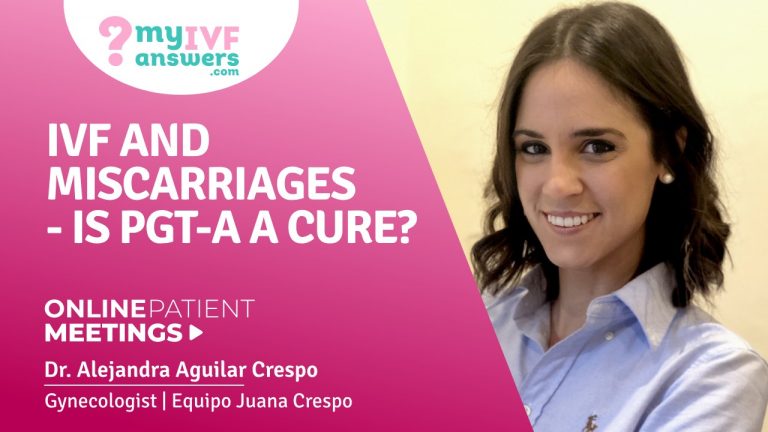 IVF and miscarriages. Is PGT-A a cure? 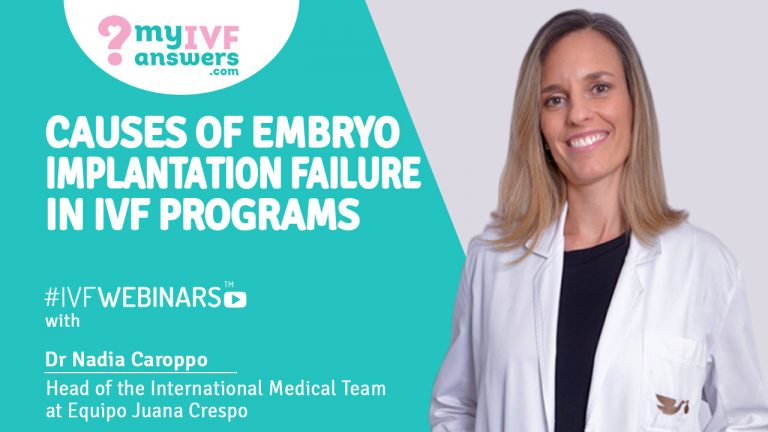 Implantation failure – what are the causes? 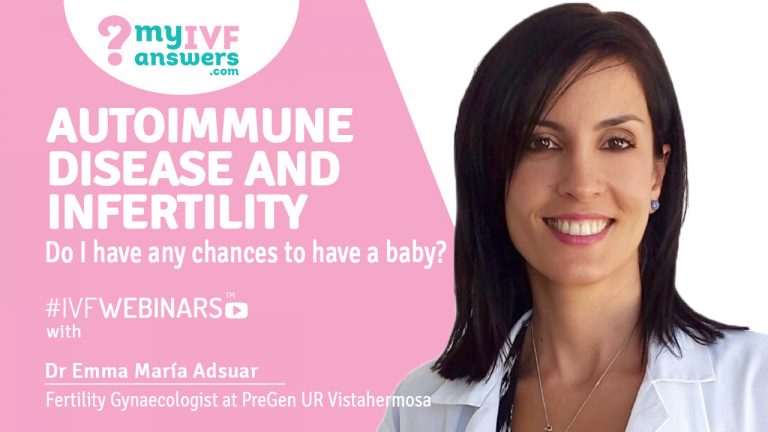 What are my chances of having a baby with an autoimmune disease? 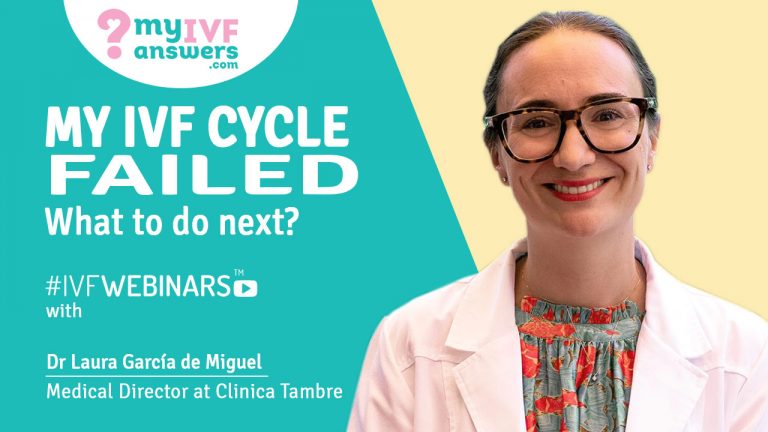 What to do after failed IVF? 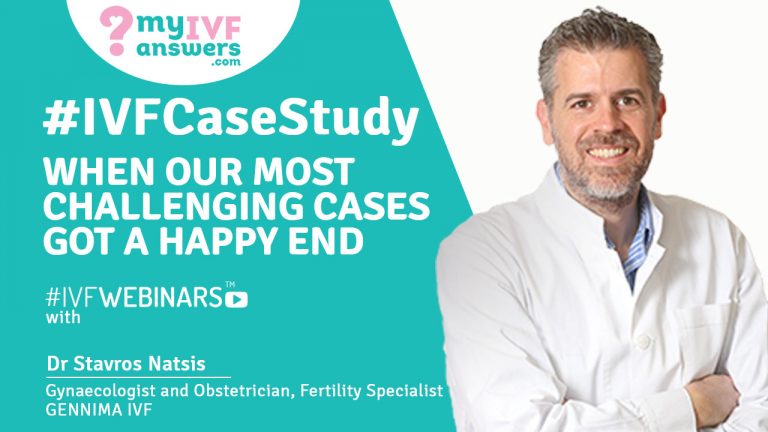 When did our most challenging cases get a happy end? 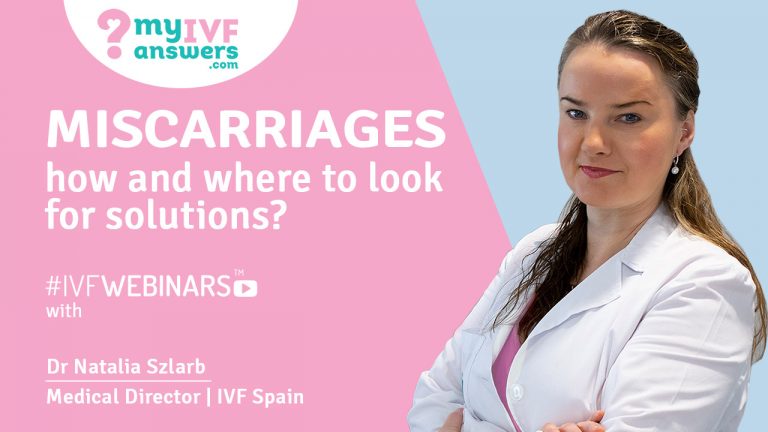 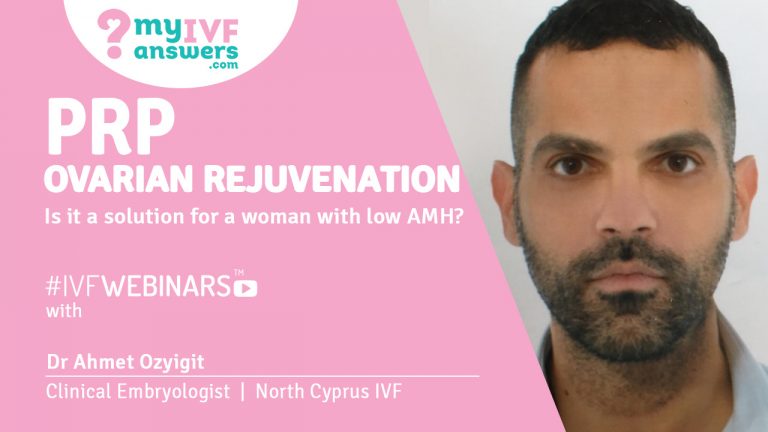 Is PRP ovarian rejuvenation a solution for women with low AMH? 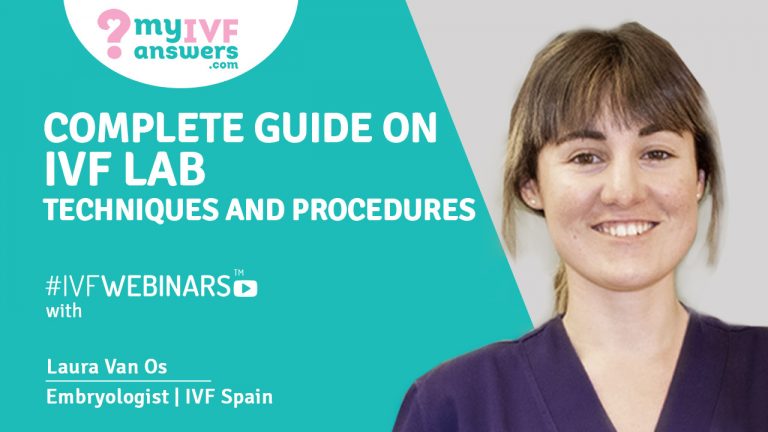 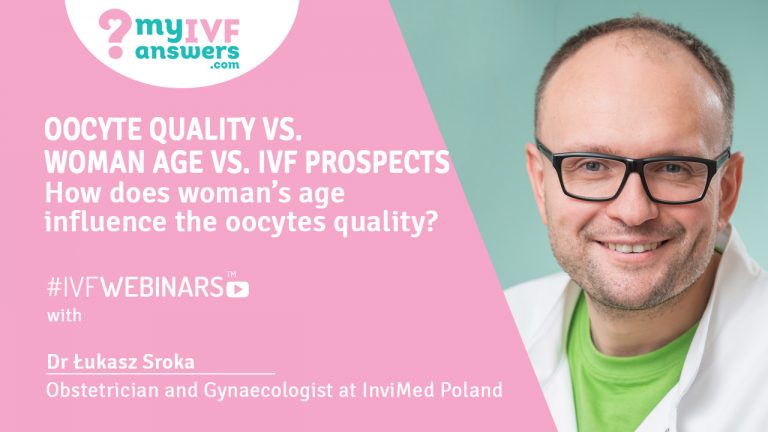 How does a woman’s age influence the oocytes (eggs) quality?

Is PGS really worth it? 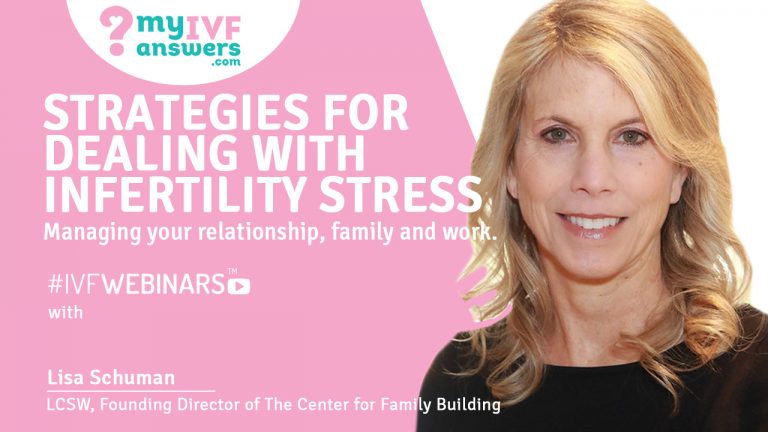 Strategies for dealing with infertility stress and managing your relationship, family and work 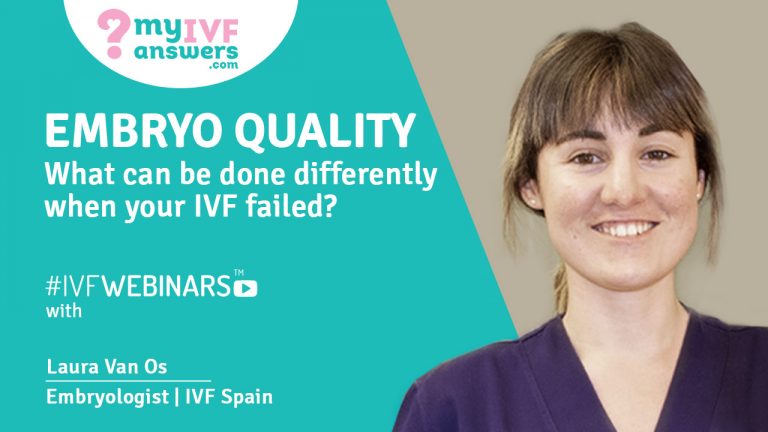 Embryo quality – What Could Be Done Differently when IVF Fails? 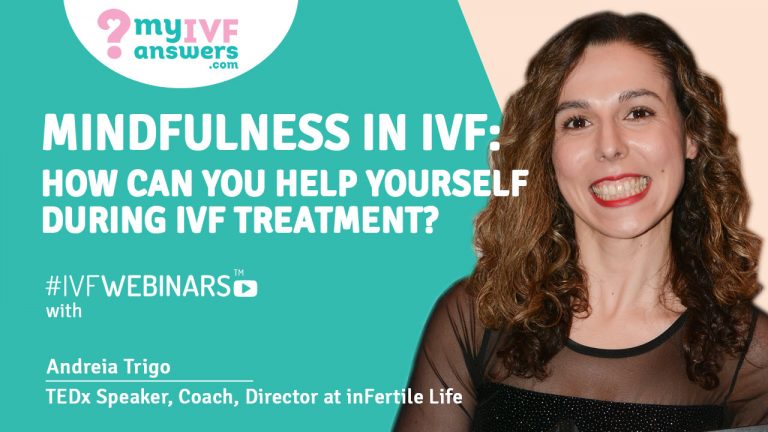 Mindfulness in IVF: how can you help yourself during IVF? 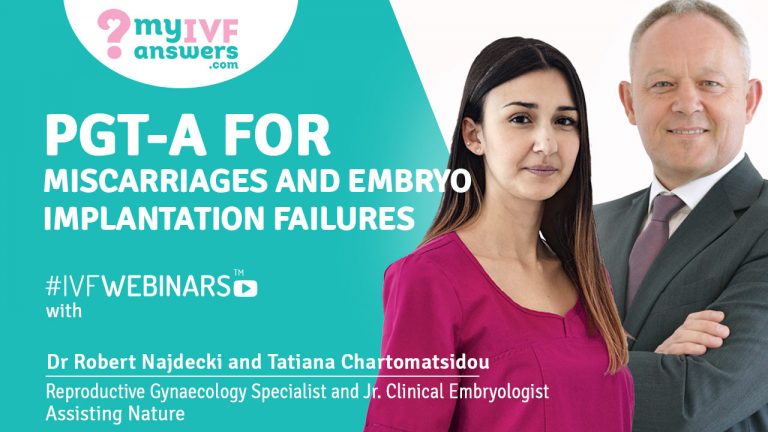 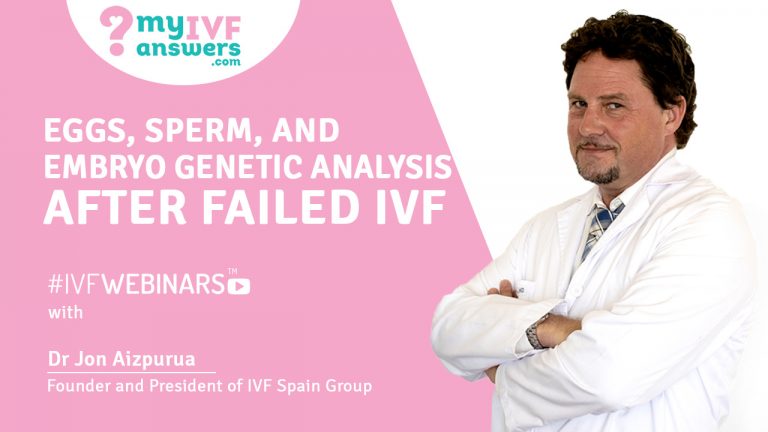 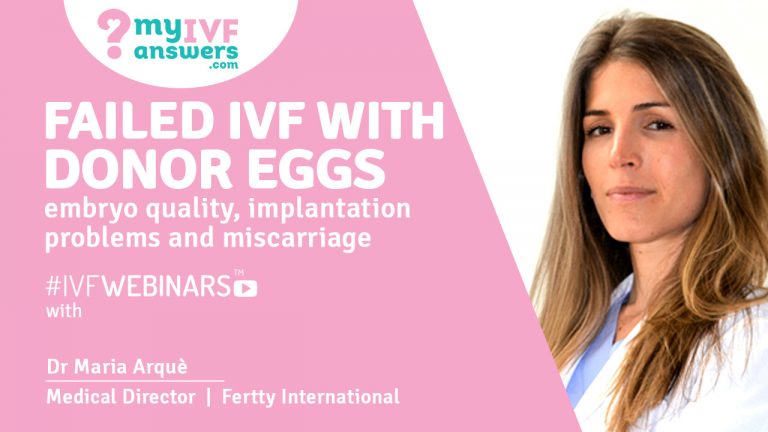 IVF and pregnancy loss: is PGT-A a solution? 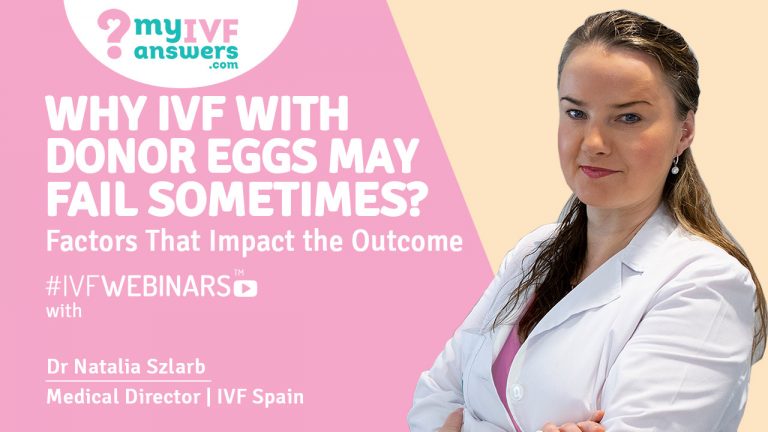 What are the causes of IVF Failures? 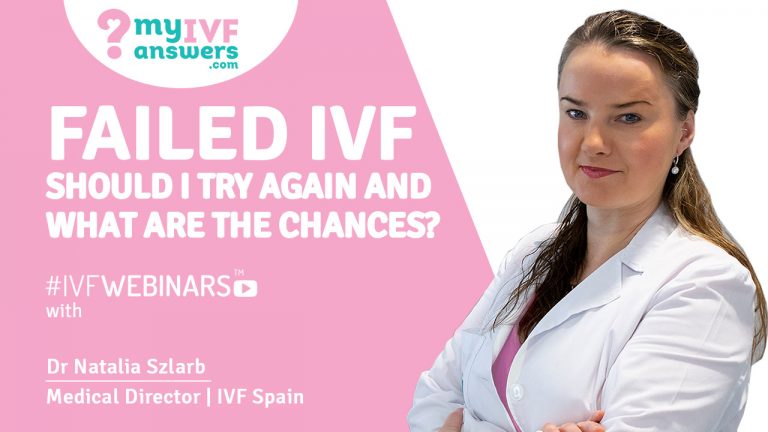 IVF fails – is it worth keeping going? 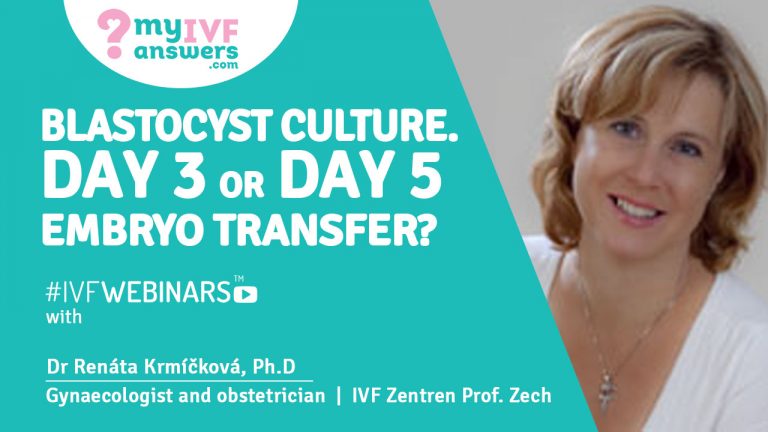 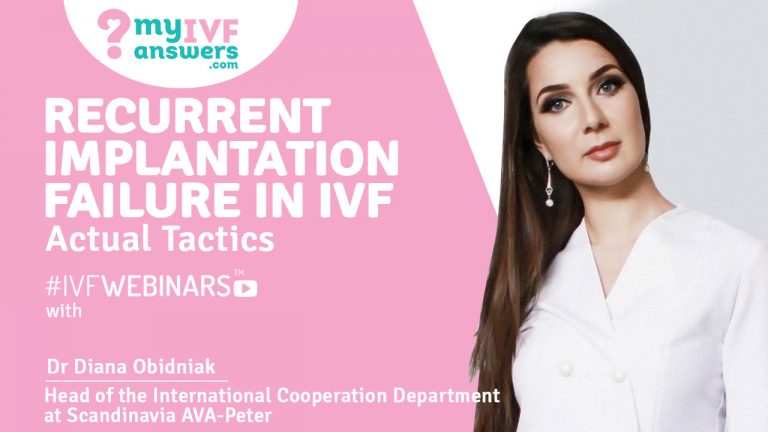 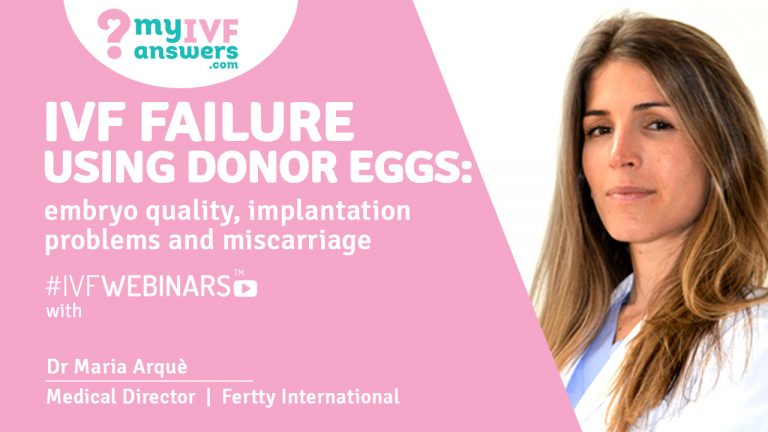 Why does IVF with donor eggs fail? 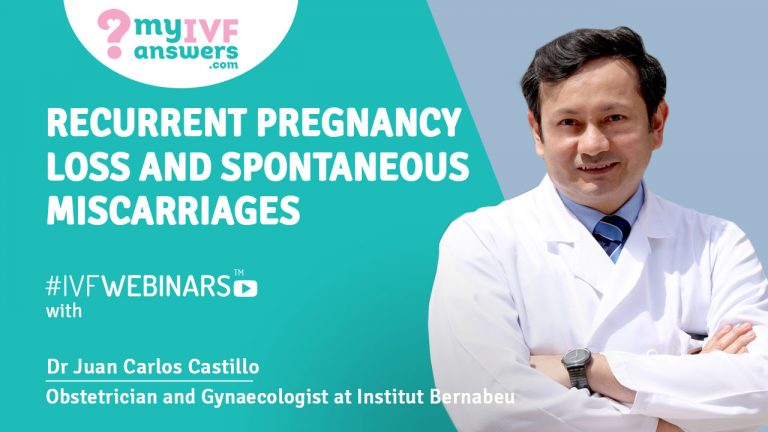 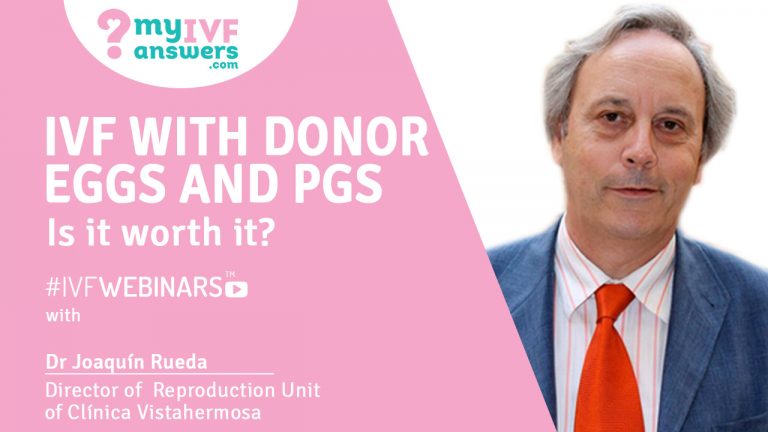 IVF with donor eggs and PGS (preimplantation genetic screening) – is it worth it?

Miscarriage, one of the most heartbreaking events in a woman’s life, is a big challenge for both her physical and mental health. It is especially hard for patients undergoing IVF treatment who have already experienced enormous trauma. So it is understandable that they would do everything to minimise the risk. And unfortunately – miscarriages are not uncommon. According to estimates of the American College of Obstetricians and Gynecologists (ACOG), as many as 26% of all pregnancies end in miscarriage. Even more miscarriages happen before a woman knows she is pregnant at all.

After a miscarriage, a woman is sure to experience a real roller coaster of emotions, looking for answers to (too) many questions. The most important of all of them is of course: why? It is easy to understand that she wants to know why it happened and how it can be prevented from happening again. However, determining what exactly went wrong may be difficult. There is no single cause of miscarriage and – moreover – there is no remedy that can prevent every type of it either. Luckily, these days doctors are more and more often in possession of a lot of tools, including tests and treatments, that can improve the chances of a healthy pregnancy. There are also some recommendations to follow in order to reduce the risk of miscarriage, too.

Hard as it may seem, every miscarriage should be a lesson for the future. In every such case, we should try to know all the facts about what happened and learn its potential future implications. It is advisable to look at medical records, seek for answers and take notes. Here we share with you everything we know about miscarriages, together with tips on how to reduce the risk of it happening.

By definition, miscarriage (also referred to as ‘spontaneous abortion’) is a loss of a pregnancy before 20 weeks of gestation. The loss of a baby after 20 weeks is called a stillbirth. Most miscarriages occur in the first trimester, which is between 0 and 13 weeks.

Generally speaking, there are three main types of miscarriages:

The first two types of miscarriage are followed by symptoms, such as vaginal bleedings, cramps and contraction pains. The third one, on the contrary, is called silent (with no visible symptoms). Women who experienced it may notice that they no longer “feel pregnant.”

The causes of miscarriage, although there are numerous, are not usually easy to identify. That’s why it often happens that couples, who suffer a miscarriage, wonder if the miscarriage was their fault. But the truth is that they have probably done nothing to cause it.

It is believed that the most common cause of miscarriage is a genetic abnormality in the embryo. Up to half of the miscarriages are associated with aneuploidy, being the abnormal number of chromosomes. During fertilization, the sperm and egg each bring 23 chromosomes to create perfectly matched pairs. Thus, a normal and healthy embryo has 46 chromosomes. Sometimes, however, due to DNA fragmentation or other defects, embryos can gain chromosomes and form trisomies, or lose chromosomes, forming monosomies, which often lead to miscarriages.

Other causes of miscarriage include:

The miscarriage in IVF

Although some IVF patients wonder if they are not at higher risk of miscarriage than the couples who conceive naturally, it should be stated clearly: the IVF procedure itself does not contribute to to the increased number of miscarriages. However, the patients who seek fertility treatment do it because of some serious underlying reasons – and these reasons, regardless of means of conception, will generally make a pregnancy far more difficult.

The two most common causes for miscarriage in IVF patients are either a woman’s underlaying health condition (that also interferes with her fertility) and a genetic abnormality of the embryo itself.

Chromosomal abnormality (aneuploidy) of the embryo is in most cases related to an egg and it becomes more common with advanced woman’s age. The older the mother, the higher the chance of her oocytes being defective. The rate of aneuploidy in eggs increases significantly after the age of 35 and it may reach even 80% by the time a woman is 45 years old. This significantly raises the likelihood of not only miscarriage but also implantation failure and a lower chance of a healthy live birth rate.

Although miscarriage is not something we can control and entirely prevent, there are some tools available in IVF treatment that can increase the chances of a successful pregnancy.

The first and the most important one is genetic testing. Preimplantation Genetic Testing (PGT) is a family of diagnostic techniques used to determine if an embryo is chromosomally normal. Depending on the problem, we can use different techniques. One of them is PGT-A, which is used to detect aneuploidies. It is performed on blastocyst stage embryos. If the embryo is healthy, the patient can carry on with an endometrial preparation and embryo transfer. Thanks to PGT-A, we can avoid transferring aneuploid embryos. This, in turn, increases the pregnancy rate per transfer, decreases the miscarriage rate and raises the live birth rate.

Identifying chromosomally abnormal (aneuploid) embryos can surely help to minimise the risk of miscarriage. With the EmbryoScope time-lapse system, we can do it already during the embryo development process. EmbryoScope is an incubator with a built-in microscope and a camera that takes an image of embryos every ten minutes, for the period of two to five days. Thanks to it, the embryos may remain undisturbed in their stable culture environment. Additionally, advanced software provides embryologists with useful embryo development information that helps them to select the best embryos for transfer. It has been reported that using EmbryoScope image information significantly reduces miscarriage rate in IVF treatment as compared with standard methods.

Last but not least, there is also the option to use donor eggs and sperm in IVF. If a woman is unable to generate chromosomally normal eggs (because of e.g. advanced age), she and her partner will be suggested to consider egg donation as their solution. Donation cycles have always lower rates of miscarriages or implantation failures. Of course, deciding on IVF with donor eggs may be one of the hardest decision in a woman’s life. That’s why it should always be thoroughly thought out and taken with all its consequences and implications in mind.

The sad truth is that miscarriage can affect anyone – both IVF patients and couples who conceive naturally. Despite following all doctors’ advice, great pre-natal care and leading a healthy lifestyle, you may not be able to prevent it from happening. That’s just life. However, having a miscarriage does not necessarily mean you will have another one. Moreover, most women are generally able to have a healthy pregnancy afterwards. Keep it in mind when trying to conceive again.

Current Month
Subscribe now to get notified about the latest IVF related news and online events!
We won't send you spam. Unsubscribe at any time.
Questions Search
Videos Search

Search through 3281 patients’ questions answered by 143 IVF experts in 215 videos.