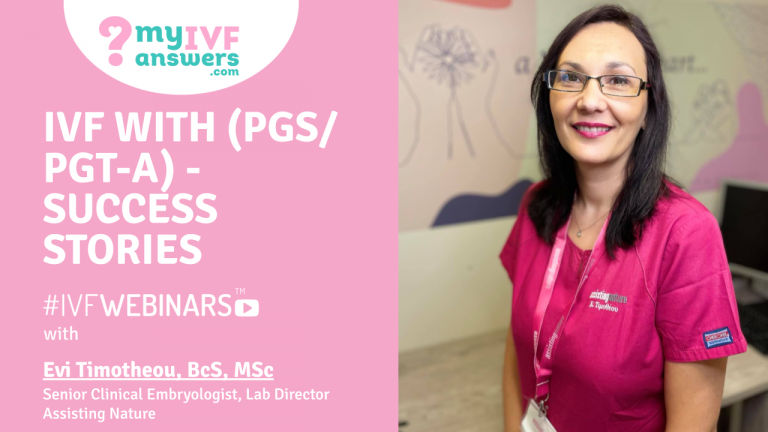 What are the pros and cons of Preimplantation Genetic Testing (PGT/PGS)?

In this webinar session, Evi Timotheou, BcS, MSc, Senior Clinical Embryologist, Lab Director at Assisting Nature, Thessaloniki, Greece has talked about the indications for preimplantation genetic testing (PGT-A). Evi has presented 5 different IVF cases and explained all the steps taken that allow the couple to achieve a pregnancy.

Evi Timotheou, BSc, MSc is a Senior Clinical Embryologist, Lab Director at Assisting Nature, Thessaloniki, Greece. Evi Timotheou received her Bachelor of Science degree in Biology from the University of Bologna, Italy in 2004. Her thesis included research about the influence of different culture systems in human ovarian tissue preservation after cryopreservation. Evi began her embryology career in 2004 at University Hospital Sant’ Orsola Malpighi, Institute of Gynecology & Obstetrics, Human Reproduction Unit, Bologna, Italy, trained by Raffaella Fabbri in freezing/thawing ovarian tissue, ovarian tissue culture and electron microscopy techniques. She completed her internship in IVF techniques at Ravenna Hospital, Department of Obstetrics & Gynaecology, Italy in 2006. In 2007, she was recruited as an embryologist at Genesis IVF Center, Patras, Greece. She joined American Fertility Services Clinic in New York, USA in 2007 and specialized in assisted reproduction techniques including pre-implantation genetic diagnosis (PGD) and extended embryo culture. In 2009 Evi joined the Team of embryologists at “IVF Athens Center” in Athens, Greece. She obtained her MSc. in Reproductive Science from the University of Athens, Medical School. Her research included the use of metabolomics in in-vitro fertilization for embryo development and their relation with the genetic profile of women. Since 2013 Evi is ESHRE certified Clinical Embryologist. She joined Assisting Nature as a Senior Embryologist in 2015 and was promoted to Laboratory Director in January 2016. Evi is responsible for all functions of the clinical laboratory including in vitro fertilization, ICSI, assisted hatching, testicular and epididymal sperm preparation, preimplantation genetic diagnosis, oocytes and embryo cryopreservation. Finally, she is responsible for the quality assurance and quality control of the Embryology Laboratory. She has co-authored numerous research journal articles in her field and is an active member of The European Society of Human Reproduction and Embryology.
Event Moderator 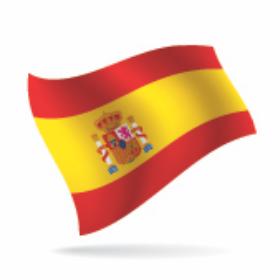