Fertility self assessment tools – how can I check my fertility? 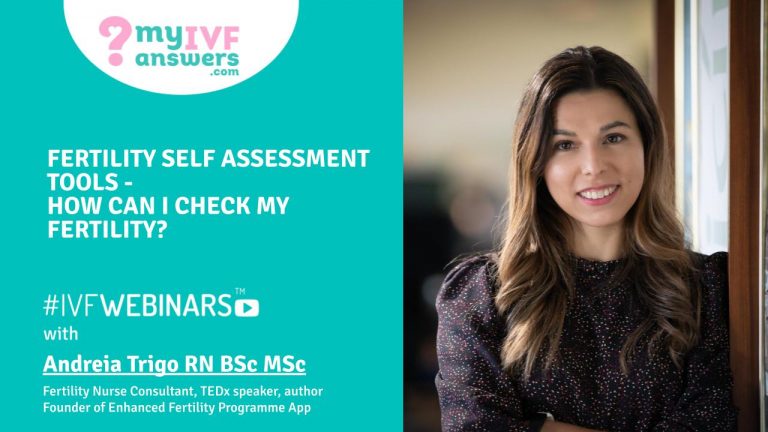 How do I know that something is affecting my fertility and when should I test it?

In this session, Andreia Trigo, multi-awarded nurse consultant, author, and TEDx speaker, Founder of Enhanced Fertility Programme has been talking about fertility assessment for men and women, what test should be done and when should they be indicated.

How do I know that something is affecting my fertility and when should I test it? - Questions and Answers

During the IVF cycle, the levels in my blood show as good. I have 6-7 seven good-sized synchronized follicles. However, the egg collection is very low. Is it possible that day 21 progesterone tests could indicate ovulation is likely but that no egg is released from the follicle?

Sometimes, that does happen that the follicles develop, but the eggs inside those follicles didn’t mature, and that is a risk that we take with ovarian stimulation. Doctors usually refer to patients who might have, for example, a good AMH and a good antral follicle count but then respond to ovarian stimulation in a way that is less than what would expect for their age or those AMH and follicle count levels and doctors usually call those a poor responder to ovarian stimulation, and it might be that the doctors could try a different ovarian stimulation drug to see if it makes a difference. I think it’s a matter of trying different things before giving up because you might respond differently to different medications. Progesterone is produced by the degenerated follicles, so if your progesterone levels are high, that means that ovulation has happened. However, if the progesterone levels are low, it could be that there was no ovulation. In a rare scenario, there’s also something called LUF, which is luteinized and unruptured follicle when there is stimulation, there is LH, the follicle is stimulated, but still, ovulation doesn’t happen. That happens in very rare cases but mostly in situations of an unspecified cause of infertility.

My response appears very good, but they have trouble getting the eggs out?

I’m not sure why they would have a problem getting the eggs out, so they typically would use a syringe to collect them. Is it a problem with accessing the ovaries? Sometimes, the ovaries are a bit hidden, and it might be difficult collecting them through the normal approach, which is through the vaginal wall, but if they can get to the ovaries, they wouldn’t have problems getting the eggs out. The only thing the medication does is stimulate the ovaries to produce more eggs in that cycle.

Is it possible that good-sized follicles don’t contain eggs?

Yes, it is possible that the follicles grow but that they don’t have mature eggs, that is possible. That’s because we have millions of follicles with eggs at those very tiny stages, but then we are forcing them to grow in some of them the eggs do not mature in time, it is possible.

Is there a correlation tab between AMH and the expected number of follicles?

Yes, if you have a very low AMH, you are less likely to have a higher number of eggs. If you are going through ovarian stimulation that is the likelihood. AMH is produced by the follicles. The bigger the follicles and the more follicles you have, the higher your AMH is. I’d like to highlight here that, for example, women who have PCOS usually tend to have bigger follicles, but not necessarily very good quality eggs inside those follicles. You might usually have higher AMH levels because of big follicles if you have PCOS, but not necessarily great quality eggs inside, but the number of AMH is related to the f0llicle size and the number of them.

Can diagnostic laparoscopy cause scar tissue?

How can you know if you have scar tissue after the surgical procedure?

You would know, only if the doctor would look inside again, so it’s not a very feasible way to know, but the more invasive the surgery and the procedure, the more likely it will create scar tissue. I’ve spoken to several physiotherapists recently who do a lot of work in the abdomen to help release that scar tissue, so if you’ve had surgery in your bowels, for example, extensive surgery, it might be a good idea to speak with the physiotherapist. They could help assess your abdomen and see if they could do abdominal massage to release some of that scar tissue.

I have high levels of prolactin. Are there any supplements I can take to lower my levels?

I think it would be important for the doctors to identify why is your prolactin levels high. I’m not sure if any supplements can address that, but it’s important to know that supplements are medicines that haven’t been researched, so they haven’t been through clinical trials like proper tablets, and medication has. Prolactin high levels are something serious, so I think you need to speak with your doctor to try and identify why it is high. Also, you need to ask what you can do because you need to address the cause.

What is the recommended level of vitamin D for women?

There is no big consensus in different countries. I think it will depend on what your doctor recommends. In men, it tends to be more important to be between 20 and 50, but I would say there isn’t an absolute recommended level. If you have a test done, it will tell you a range, so I would go with that but just bear in mind that different countries are giving different recommendations of what the ideal value should be.

Not necessarily. I think it would be important to identify whether you are having an LH surge. If you have an LH search, so if you measure with those urine sticks, and you can see a peak, that means that the follicle was stimulated and that ovulation is going to happen. You need an LH that is 2.5 above your baseline levels for ovulation to happen, and then secondly, I would measure either your temperature after a few days after ovulation if the temperature is high, it means you have progesterone, it means that the follicle has degenerated after ovulation, so that could be a good confirmation that ovulation has already happened. Either that or I know in countries, you’re also able to test progesterone at home. The progesterone level could also confirm ovulation that has happened in the past. It’s always good to check if your hormone levels are being enough for ovulation to happen. Your LH needs to be high enough to 2.5 above your baseline.

Ovulation sticks will give you a smiley face or a sad face to tell you if you are ovulating depending on if your LH has reached a threshold of 40. The problem with that is that a lot of women have lower LH surges. You might have an LH surge that ends up not being detected by your ovulation stick, and some women particularly, with PCOS, end up having a higher LH level as well. They might have false positives saying that ovulation has happened when it hasn’t happened. If you are looking for a method to identify your LH, I would say that the method that tells the exact value of LH is called a quantitative ovulation test, which is better than just an ovulation stick that gives you a positive sign or a negative sign whether you’re ovulating or not.

I had 24 follicles and 13 mature eggs fertilized. After the third day, the embryos stopped dividing. What could have been the problem?

I think if you go from 24 follicles, and you get 13 eggs, I think that is a great number. I think we need to look at the sperm. You need to look at the sperm quality, you need to do the sperm analysis and the DNA fragmentation test because if you’ve had 13 eggs that that is amazing. We know that when we look at sperm quality, we usually talk about DNA fragmentation to see if there are any DNA changes. When we talk about egg quality, there’s no way of testing the egg DNA itself. We only know if the egg is of good quality if it fertilizes, and it continues developing. The next step would be to check the sperm. If we know that the sperm is good and that there are no DNA problems, then we could go back to check the eggs, but I’m betting on the sperm. I think that would probably be the best next step. 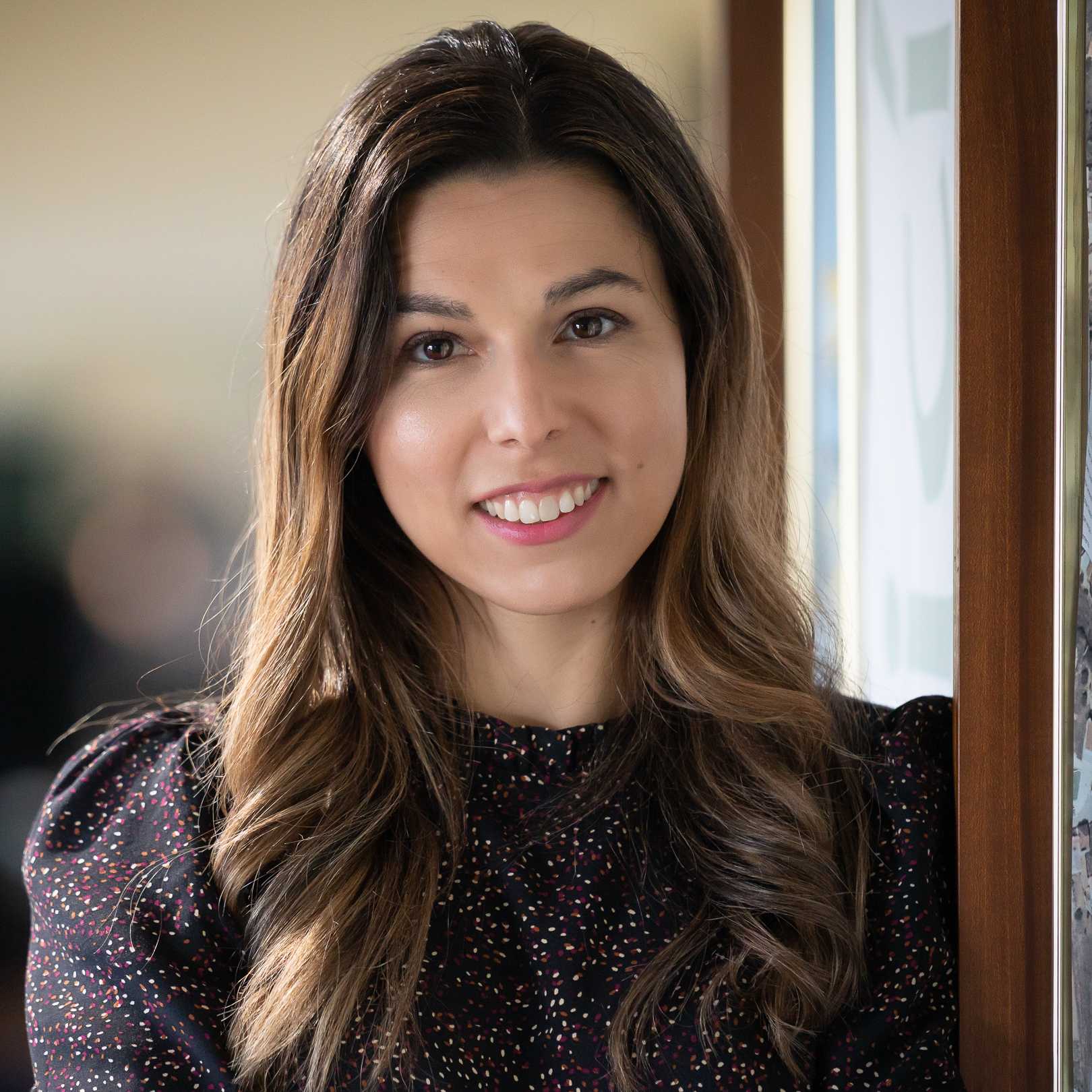 Andreia Trigo is a multi-awarded nurse consultant, author and TEDx speaker. Combining her medical experience and her own infertility journey, she developed unique strategies to help people undergoing similar challenges to achieve their reproductive goals. Her mission is to improve accessibility to fertility care and support worldwide at minimal cost to populations. She is also The Founder & Director of Enhanced Fertility Programme, the evidence-based programme that improved help for fertility, currently in use by several clinics and patients worldwide.
Event Moderator