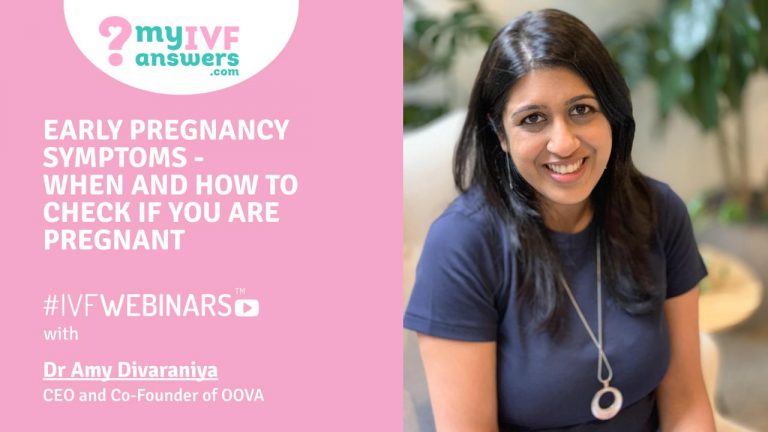 How soon do pregnancy symptoms start, and how to check if you're pregnant?

In this session, Amy Divaraniya, PhD, the CEO and Co-Founder of OOVA, a women’s health company has been talking about early pregnancy symptoms. Amy has explained how and when you can check if you are pregnant and introduced a new tool Oova which can help you to better understand your cycle patterns.

How soon do pregnancy symptoms start, and how to check if you're pregnant? - Questions and Answers

Why constipation may occur as an early sign of pregnancy?

This is again due to progesterone which is causing the digestive system to slow down. The food is just not passing through your system as quickly as it was previously, pre-pregnancy, and can lead to constipation. It’s a way for the body to capture more of the nutrients and absorb more of the value of the food that you just ate, so we can feel all the changes that are happening.

Where can we get OOVA in Europe?

We are working on it, we’re only available in the U.S., at the moment, but we will be available in Europe and other areas of the world later this year.

We’re just trying to get all the regulatory pieces in place because we don’t want to bypass that in any way. The great thing about OOVA is that we are getting adaptation from clinicians, and that’s the way we want to roll this out. To do that, we have to make sure that all the regulatory pieces are properly taken care of. We’re not trying to bypass that.

Is OOVA different from any other period tracking apps?

There’s a lot of differences. One big thing is that we are objectively measuring your hormone levels, so we give you what your values are for your luteinizing hormone and progesterone every day that you use an OOVA test. Along with that, none of the other period tracking apps is really accounting for that but what you also can do in our app is log and track as many things as you’d like. I think we have about 24 or 25 different factors that you can track. All of that data gets fed into our machine learning algorithm, and we provide every woman with daily action plans that are custom for her.

Our algorithm takes all the information that you’re providing, and we try to give you little steps to optimize your hormone levels, alleviate any symptoms that you’re reporting and guide you through your entire fertility journey. Whether you’re trying to get pregnant or just want to understand your cycle. That’s the key component that is missing from all the other period tracking apps. There’s no objective measurement, it’s all subjective by you, telling it what your moods are, what your period was like, things like that. We merge all that with our objective hormone measurements, everything is completely personalized, so we’re not comparing you to some standard threshold, or that perfect woman who I will proudly say doesn’t exist. I believe that every woman is perfect, in her own way, and we try to own that.

What if I have irregular cycles? Is this app also for me?

100%, we have designed OOVA for the irregular woman because, in my eyes, the irregular woman is a normal woman. Very few women have that perfect cycle. I will be honest, and it might take us a cycle to understand exactly what’s going on. We do learn with every piece of information that you put into the algorithm. We can optimize this cycle to cycle.

Can I use OOVA after IVF after I’ve been taking hormonal medication?

Yes, we are being utilized by about 70 clinics across the country that have adopted OOVA’s technology. They have their patients using OOVA alongside treatment or to supplement any treatment that they’re going through. The great thing about OOVA is that we’re getting your actual hormone measurements, so if you’re on hormonal medication, it is going to influence the results that we’re seeing, but that’s what the doctor cares about anyway.

We don’t care about what your baseline levels are without the hormone medication they’re trying to treat you with that medication in your system, so what we do have in the app is you can log what medication you’re on if you’ve taken it that day or not, and then we get your hormone measurements and the doctor can see all of that.

I found all the symptoms for early pregnancy and late period is very similar. How do you know if you are pregnant without the test?

I think by really understanding your body. When I found out I was pregnant, I took that pregnancy test, and I thought it was broken because the chances of me being pregnant were so slim just because it hadn’t happened for 18 months, and the test I took was a dud. I thought there was a higher chance of having stomach cancer than being pregnant because I felt so horrible the last week before I got a positive pregnancy test.

When I did get that positive, I thought the test was broken.  I went into the doctor’s office, and they did an ultrasound, that’s how I confirmed that I was pregnant because I didn’t believe the test. One was blank, one had a really faint line, the other one didn’t work at all. For me, it was getting the ultrasound, so if you don’t have a test, or if you are trying to, and you’re not able to read what your body is saying, I would go to your doctor, get that ultrasound, but you’ll see a little heartbeat as early as I think it’s five weeks.

How many urine strips are available in OOVA? When is the best time to start testing if one would like to know more about the cycle?

There’s 15 in every kit. The reason that there’s 15 is that we tell you exactly when to start testing. When you download the app, you’re taken through a pretty extensive onboarding process, so we can get a lot of information about your reproductive history, your menstrual cycle, general wellness. We feed that into our algorithm, and then we determine which 15 days of your cycle you should use the OOVA strip.

The goal here is to capture your baseline levels, the LH surge, and then post surge, so we can confirm whether you ovulate it or not so the algorithm will tell you when to start scanning. The goal is that you don’t waste any of those test shifts, and you don’t waste any time trying to figure it out on your own. 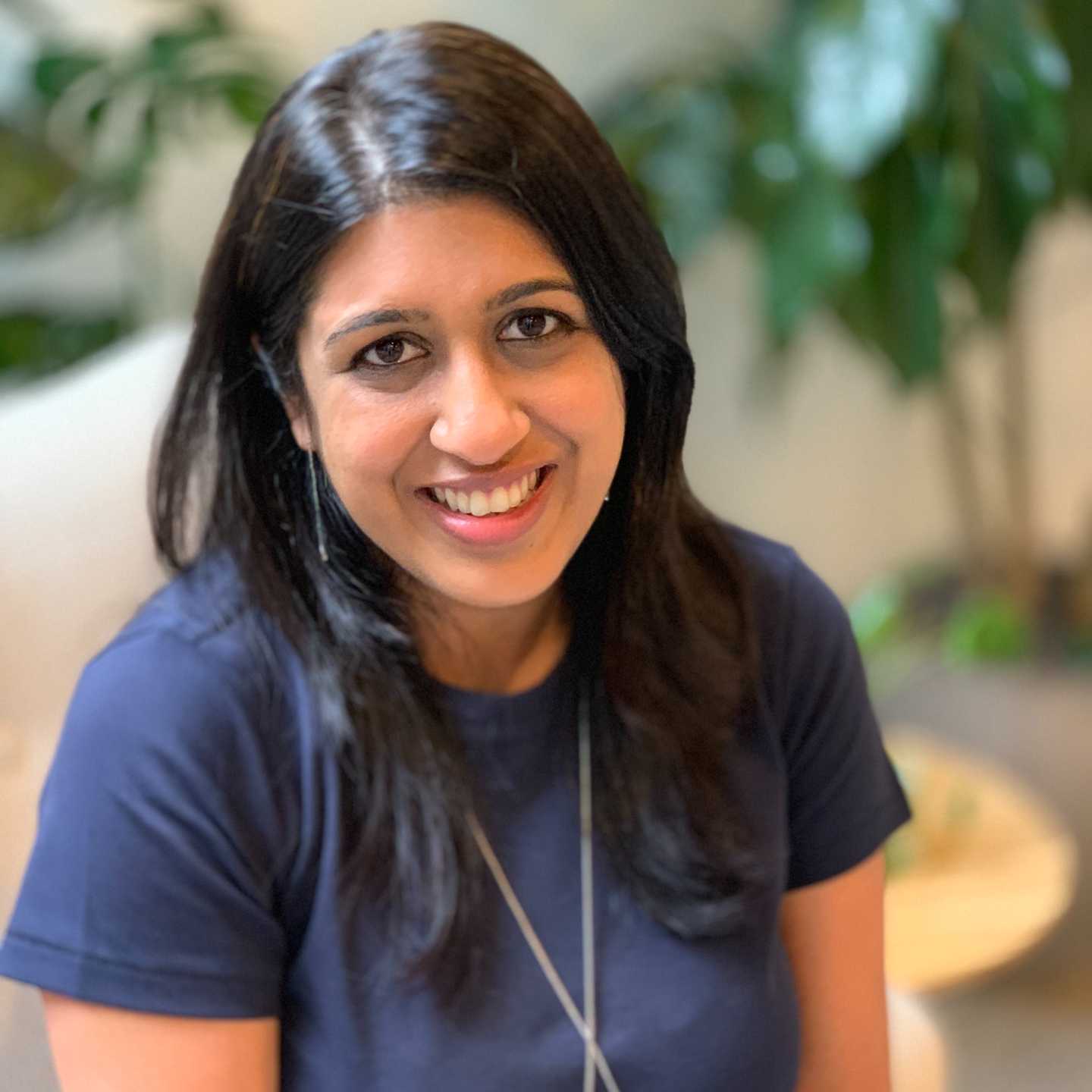 Amy Divaraniya, PhD is the CEO and Co-Founder of OOVA, a women’s health company. She has more than 10 years of experience as a data scientist and has both led and published original research in the areas of personal genomics and biomarker discovery. Her solid understanding of biology and being able to apply complex analyses have led to innovative projects in the healthcare space. In 2017, Dr Divaraniya chose to pivot her career as a data scientist and devote herself to improving women’s healthcare. After facing her own struggles with conceiving her son, Dr Divaraniya decided to build a solution to help women having difficulty getting pregnant. Today, she and her team have built the first at-home test, OOVA, that measures multiple hormones through urine samples and provides personalized results and insights on a woman’s fertility. As a response to COVID-19, OOVA has done an early release of their product. OOVA has resonated with many women and clinicians and is now being adopted by fertility clinics and hospitals across the country.
Event Moderator